Wine production in Serbia – a little history and statistics 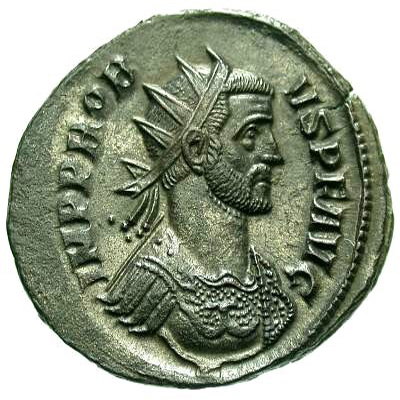 Some authors saying that the people make wine from wild wine grape in the southern Balkans (Danube river valley) from the Neolithic period ( 2nd millennium B.C). For sure, the old Roman historians Cassius (40-110 AD) and Strab (63/64 BC – ca. AD 24) described the Illyrian and Celti grapevine from the Pannonia region (located in current Vojvodina, northern part of Serbia) Also fossil remains proving the existence of early viticulture an wine making in the territory of Serbia in the period of 400BC – 200BC .

But the first real development of wine production and wine grapes (preserved written records exist) on the present territory of the Republic of Serbia are linked to the Roman emperor Markus Aurelius Probus (He abolishes the prohibition of the Emperor Domicianus at the end of the first century AD about cultivated wine grapes out of the Apennine Peninsula.) Aurelius solders restored the vineyards in Fruska Gora , Vojvodina in III century, and later in the southern parts of the empire.

In the Middle Ages, during the first Serbian kingdom (Nemanjic dynasty 1166-1371 ) viticulture in the Central Serbia was in very high point . Serbia is a major manufacturer of grape and exporter of wine. In the first written Serbian Code of low (Emperor Dusan the Mighty 1331 – 1355) there where a whole series of laws and regulations on regarding of the wines production and wine selling. After the Ottoman conquest of Balkan, wine production came down to individual home-made wines for many years, and products mainly grapes for eating. Turks brings some new variety from the east, suitable for food processing and drying.

In the second half of the 19th century, when Serbia became an independent state, began the First Renaissance of Serbian wine making , Planting large areas of vineyards with international varieties of grape and quality wine begun to be exported to Europe. It lasts ( more or less happily ) for the next 100 years.
After 1945 and Socialist Revolution, there comes a time of growing grapes on large plantations and production of wine in the large state-owned conglomerates. Area under wine grapes grown rapidly,i n the eighties of the 20th century, Serbia had of 120 000 hectares of wine grapes. In the other hand, very few vine varieties were allowed to be commercialized, and many indigenous wine grape varieties were destroyed.
Since the nineties of the 20th century comes to an abrupt daffodils viticulture in this region. (the disintegration of Yugoslavia, civil war, economic crises) The vineyards are being destroyed. 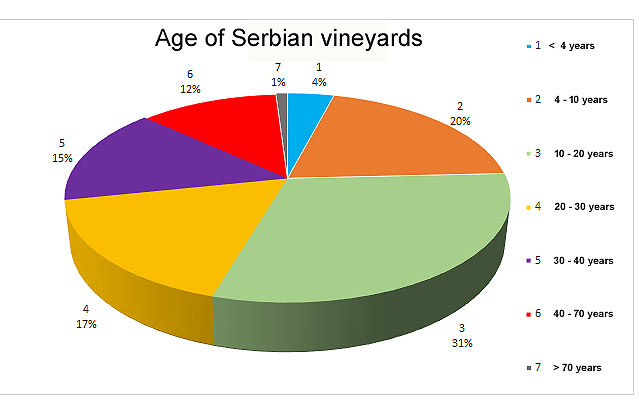 Recovery begins about  20  years ago.  Production is performed by small wineries (20,000 to 200,000 liters per year) which are brought into focus production will feature high-quality wines from indigenous and international grape variety.  The number of registered wineries has been  than 369 (223 in Central Serbia, 139 in Vojvodina and 5 in Kosovo*) of which at least 240 do serious production for the market). Today Republic of Serbia have approximately 18 000 ha under the wine grapes..2.631 hectares have been registered for the production of wines with controlled geographic origin (0.5 million liters of red wine and 3.3 million liters of white wine)  Currently in the central register there are more than 1500 domestic wine. In this blog we will try to  to name and describe the most 🙂 of this wines.

Approximately 10 -15 million liters  of wine production is exported. Serbia also imports 20-25 million liters of wine annually  Main of imports (85-90) is from the neighboring countries, Macedonia and Montenegro. Italy, France, Croatia and Chile have about 2 % each. Main of exports gone to Russia ,smaller quantities in  Bosnia and Hertzegovina, Montenegro and at EU.
Source :
1) Statistical Office of the Republic of Serbia http://webrzs.stat.gov.rs
2) Prof dr. Nada Korac  “Genetic characterization and relationships of traditional grape cultivars
from Serbia”

Instagram did not return a 200.
Wine production in Serbia – a little history and statistics – Serbian Wine Guide