What else ?
The story says that Gamay from Negotin is the only representative of the “old” Gamay variety in Europe. ( Gamay brings in Negotin from the France in the thirties of the 19th century. Phylloxera which later devastated European grapes, never came in this region of Serbia).
Name : Vulkan 2011
Style : dry red wine, 13% alc.
Grape: Gamay 100%
Producer: Vinarija Janucic http://www.janucic.com/
Area: Negotin, Negotin area, Central Serbia
Price: 7 eur/ bottle 0.75l

R.I.P. Unfortunately this good wine is gone. Under this name with a different label winemaker now selling Merlot, and (as we heard)  Gamay make  only for home use. 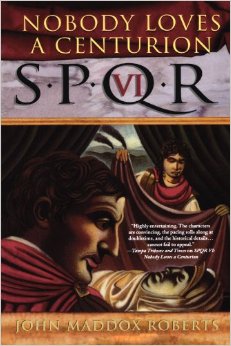 Not far from these vineyards were border line of the old Roman province of Dacia and Trajan’s Bridge over the River Danube.
And so, some centurion, very satisfied, in the peace of his tent drinking similar wine, while ordinary soldiers are hard jealous…
Very drinkable light crime story, pleasant like this wine.