Sumadija (also called the Serbian Tuscany because of the terrain similarity ) is the most developed region in central Serbia, and Kragujevac is the regional capital and big industrial center ( FIAT has one of its own factories there). This fact, as well as the favorable climatic conditions, provided that it is the wine region that has rapidly grown at last 10 years, and today it is a region where are located some of the biggest and most famous Serbian wineries like as Radovanovic, Aleksandrovic, Despotika, Rogan …
Sumadija’s Winemakers Association and the Order of Sumadija’s Wine Knights were formed in 2013, and of course the next step was organization the regional wine festival. So seriously people, serious money and of course the results had to be serious. Founded in 2015, this year Third Kragujevac wine salon has shown that it is ( along with Temerinski wine fair) the largest and most quality regional wine events in the country. Also judgments by numerous visitors from abroad, has the potential to become a significant regional wine event. All winemakers, from Sumadia take participant, almost all the big winemakers from the Zupa area also have given their support , and with the presence of a few winemakers from Negotino area and south Serbia, so the vast majority of the central Serbian wine scene was was present at the big hall of Central hotel. Kragujevac. 60 participants (plus 25 interested ones who were rejected because Hotel Kragujevac does not have enough big show room! ) more than 250 domestic wines and about 30 as guest from Macedonia and Montenegro.It will be Interestingly, in which direction this festival will go, for now, all praise and support
Let’s go back to the main question, what did we see and try? A lot of it ! The event which is being held the when the spring begins is the right place for the promotion of the young white wines, so that they prevailed. Of course, there were also many reds. First about the guests : Sato Kamnik winery from Macedonia caused a great interest with its fine white wines and Plantaze 13 jul winery from Montenegro which brought a whole range of its new premium red wines . From domestic the most surreal surprise is excellent balanced Tamjanik bariqee from Podruma Djordjevic, Next, new Tamjanika Ivanovic 2016 cheerful and fruity, new Sauvignon blanc 2016 from Kraljevska vinarija winery, new Reisling italico 2016 from Vinum winery, very interesting and fresh Tamjanika 2011 from Radosavljevic winery and new Pinot Grigio from Raskovic winery.
In the category of rose wines our absolute champion is Rose Radosavljevic winery, delicate, fragrant and aromatic, an absolute hit on the fair, and of course new Rose 2016 from Raskovic winery, a worthy successor to the famous predecessors. We had the pleasure to try new generation of sparking wine made of Pino Noir from Aleksandrovic winery, and it is also will be great hit at Serbian wine scene. After this quantity of white and rose wines, we managed to pick and some red 🙂 highlighted Rskavac 2012 from Rajkovic winery, very good and very exotic, promissory Regent 2012 and new Cabernet Sauvignon from Milosavljevic winery .
Conclusion : new great wine experience and very good wine event. I thank to Zoran Dragojlovic Zorz for accreditation and hospitality. 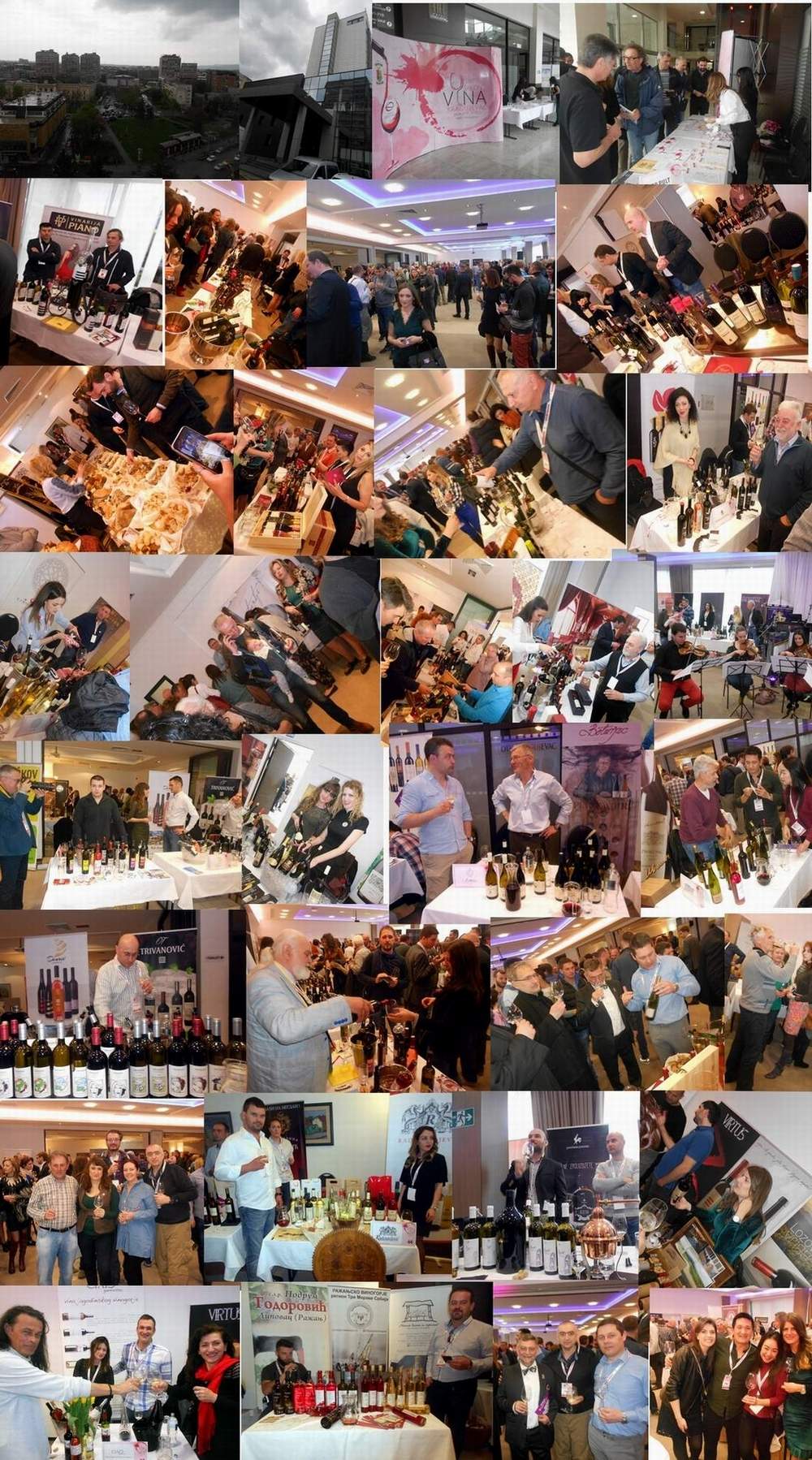